Welcome to Thinking Outside the Blog

Is value in the eye of the beholder? 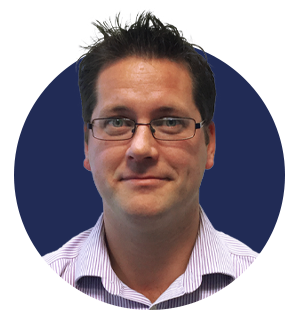 With the property market running so hot at the moment, there’ve been plenty of stories about competitive bidding wars and gazumping in recent months. Estate agents are acting for their client and will naturally want to maximise the optimum deal for them, and with the shortage of available residential stock, the competition between potential purchasers is intensified. I’ve regularly heard of open days being undertaken and agents receiving bids immediately upon potential purchasers completing their inspection, and asking prices regularly being exceeded by tens of thousands of pounds! I must admit that I’ve done it myself; I’ve offered more than I believed a property was worth because I really wanted to secure a house within the catchment for ‘that school’.

It shouldn’t really come as much surprise though if a chartered surveyor is unable to justify such extreme bidding practices. The valuer is reflecting the RICS definition of market value:

The estimated amount for which an asset or liability should exchange on the valuation date between a willing buyer and a willing seller in an arm's length transaction after proper marketing where the parties had each acted knowledgeably, prudently and without compulsion.

It’s the last five words which we need to reflect upon in considering the current market – are purchasers really acting knowledgeably, prudently and without compulsion? The valuer is. They‘re not emotionally attached to the transaction, they’re impartial, and are reflecting only on the bricks and mortar, not the wider motivations for a purchaser seeking to move at this time.

My other main observation with the increase in ‘best and final’ bidding practices is that the highest bid could immediately be dismissed as the ‘market value‘, as by definition it exceeds a level at which any other potential purchaser were prepared to offer. Down valuation is a term I’m really not fond of. It’s a difference of opinion between a purchaser with their own motivations to acquire their dream property at a time where there’s significant competition and a lack of stock, and the opinion of an independent property market professional. A recent survey carried out by property purchasing specialist HBB Solutions¹ has estimated that roughly half of pandemic property purchases in the UK may have been subject to a down valuation – that’s nearly 867,000 sales that have hit a snag. This doesn’t reconcile with our own statistics on valuations commissioned, which show that over 85% of valuations for property purchases come in at, or above, the indicated purchase price.

So should those looking to buy or sell a property in the next few months need to worry?

Well, I think we’re already seeing signs that the housing market may be starting to settle down a little. Nationwide’s latest House Price Index² showed that annual UK house price growth slowed modestly to 12.1% in April, down from 14.3% in March. Although prices rose by 0.3% month-on-month, it was the smallest monthly gain since September last year.

With the base rate of interest now standing at 1% - its highest level for 13 years – and the Bank of England predicted to increase it further in the coming months, I expect to see the housing market calm down in the future.

And with rising inflation and the cost-of-living at levels not since the early 1980s, I believe estate agents and mortgage lenders’ valuations will align and become more closely matched.

For intermediary use only
BBR 1.75%